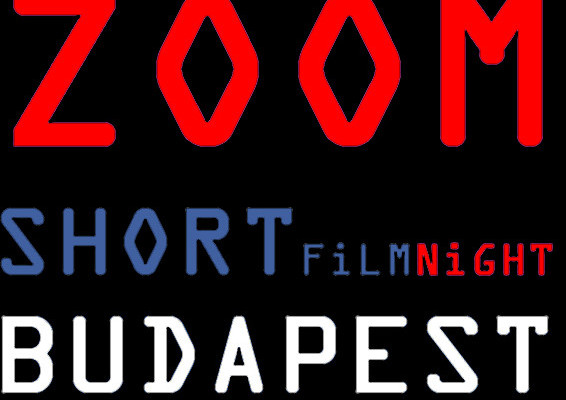 All films will be screened in original languages with English subtitles.

Production of ZOOM short film NIGHT 2014 is being organized and coordinated by European short film festival Ljubljana International Short Film Festival >www.lisff.blogspot.com< (Slovenia) which is annually and continually presenting young European and Balkan cinema in Ljubljana (Slovenia) as well as other countries and cities in Europe, including now also BUDAPEST>>>

Entrance to all screenings is free>>>

I WANT IT ALL
Six months after finishing school, twenty-year-old Minna gets back from a backpacking trip around the world, eager to begin the rest of her adult life. But at the same time, she feels uncertain of her future. She doesn’t know anymore what she wants, because there’s too much to choose from. And how will her boyfriend Philip respond? Has he forgiven her for letting him down?
Sweden, 2012, 24’
Director: Maria Eriksson

NEXT DOOR LETTERS
Lilja and Sandra decide to play Melitta a prank by sending her a love letter signed with an invented name – a boy’s. When Lilja receives a letter in return the correspondence leads to something entirely else.
Sweden, 2011, 14’
Director: Sascha Fülscher

HIDDEN
The sound is an interview with Giancarlo, a hidden refugee child, and the images are animated. Giancarlo has no permit to stay in Sweden and he describes how it is to be chased by the police. The film travels to Peru and to the school in Sweden but it mostly stays in the room where the interview took place. As an early and groundbreaking animated documentary Hidden has influenced many films all over the world.
Sweden, 2002, 8’
Director: David Aronowitsch&Hanna Heilborn

18_00 >>> 18_55
ZOOM SWEDEN_022
>
ANNALYN
Agnes is bored. She wants a new life, but loyalty towards her lonely father and hard-working girlfriend binds her. But when her father presents his new wife to Agnes, everything changes in ways no one expected.
SWEDEN, 2012, 32’
Director: Maria Eriksson

O HOLY NIGHT
O Holy Night, depicts one Christmas Eve of a lonely old man who’s visited by an equally alone nurse. It’s about the will and the unwillingness to let people in to your life. How we try to hide our feelings, afraid of what might happen if we don’t.
Sweden, 2010, 10′
Director: Niklas Andersson

BENJAMIN’S FLOWERS
Benjamin’s lack of love and company has placed him on the blurry borderline between fantasy and reality, where it can be hard to understand what’s real and not.
Sweden, 2012, 12’
Director: Malin Erixon

STOCKHOLM_alvaro martin_SPAIN_2013_8min
Tomas lives in a small trailer on the outskirts of the city. One day at school he is commissioned to write a short essay about his father…

THE DIVE_delphine le courtois_FRANCE_2013_10min
Thirteen years old and on the edge of adulthood, a boy on a diving board faces the unknown.
>>>>
RAKES’ COMMITMENT_santi veiga_SPAIN_2012_14min
Rakes’ commitment is a parable, with a lighthearted and humorous tone, about social commitment and love, an unusual and memorable character, who needs to find something in life to commit to.

AB OVO_anita kwiatkowska – naqvi_POLAND_2013_5min
Imagine your body stops being only yours. Someone starts to live inside you, changing the rules, taking more and more space, a milimeter every day, not caring that he almost makes you explode. Would you be able to love this thing and call it your child?

NGUTU_felipe del olmo/daniel valledor_SPAIN_2012_5min
Ngutu is a newspaper street vendor who hardly sells any copies at all. Resentful, he starts watching the passerby closely in order to make progress in his business.

VIGIA_marcel barelli_SWITZERLAND_2013_8min
»My grandfather is telling me a story that he made out, and asks me to make a film out of it: because of the pollution, pesticides, and other toxic substances, a bee decided to leave her hive, looking for a more comfortable place for her to move in.«

DJI. DEATH FAILS_dmitri voloshin_MOLDAVIA_2012_4min
Dji is a terribly unlucky grim reaper. All he has to do is to collect the soul of a dying man.

20_00 >>> 21_30
ZOOM ISRAEL2
>
THE SUBSTITUTE_talya lavie_ISRAEL_2005_19min
Zohara is an Israeli soldier on an isolated military base who is about to get a much-anticipated transfer. Her hopes are shattered when her substitute appears to be suicidal.

TOLYA_rodeon brodsky_ISRAEL_2009_10min
On International Women’s Day, when all his fellow alien workers call their distant wives to greet them, Tolya remains speechless as he calls Natasha, his wife. He can’t pronounce anything but a whistling mumble with his toothless mouth.

OUR BEST ROMANTIC YEARS_shlomi hayun_2011_15min
Shlomi Hayun, a graduate who married his classmate, intereviews and observes numerous couples who met in school. They look back, sometimes in anger, on their filmmaking dreams and romances of schooldays and now.

DIPLOMA_yaelle kayam_ISRAEL_2009_22min
It is the night of the Jewish settlment masquerade party. Fifteen year old Samer insists on taking her older sister Ayat to collect her diploma from the Palestinian University.

COCK FIGHT_sigalit liphshitz_ISRAEL_2000_14min
It is a hot summer day. Israeli chicken breeder Marziano is driving his stock to the market with his worker. Upon arriving at Palestinian read – block, they are brought to a halt.

SLIDING FLORA_talaya lavie_ISRAEL_2003_12min
Flora is born in the field, that’s what she keeps telling everyone. She is a waitress in a coffee shop that requires complex acrobatic skills. Flora can not take it anymore. But she still hasn’t lost her dramatic talent…

21_45 >>> 23_00
ZOOM SWEDEN_032
>
CIVIL SERVANT P327JUM
Johan Grum is a civil servant. He loves to process different matters and to read reports. Most of all he likes the everyday routines when nothing out of the ordinary happens.
Sweden, 2008, 15’
Director: Johan Bjerkner

SNAIL IN SPACE
Mega missiles on a spaceship are pointing at Earth, ready to evaporate all humankind. The only one who can save the planet is a tiny, cowardly snail. We follow his adventurous and dangerous faceoff.
Sweden, 2012, 10’
Director: Sanne Hellberg

OUT OF ERASERS
A woman on her way home becomes a victim of a strange infection.
She soon realizes that an epidemic is spreading and there are larger forces at work.
While struggling to find a cure she also discovers that desperate times require hard choices.
Sweden, 2011, 15’
Director: Erik Rosenlund

SHARAF
“The boat was like a fly on the ocean. We just drifted without food or water.” 17 year-old Sharaf is one of many refugees who have arrived in Gran Canaria in recent years.
Sweden, 2012, 14’
Director: Hanna Heilborn&David Aronowitsch

I’VE BEEN HERE_sarasvati shrestha_SWEDEN_2012_14min
Tyra is 13 years old. Through her everyday life and its unexpected turns, we get to know Tyra and her thoughts. A story about liberation, dreams and standing up for yourself.
Sweden, 2012, 14’
Director: Sarasvati Shrestha
>
>
>
>>>>>
PARTNERS>

_All short films will be screened in original languages with English subtitles_entrance to all screenings is FREE>>>
>>>www.lisff.blogspot.com<<<